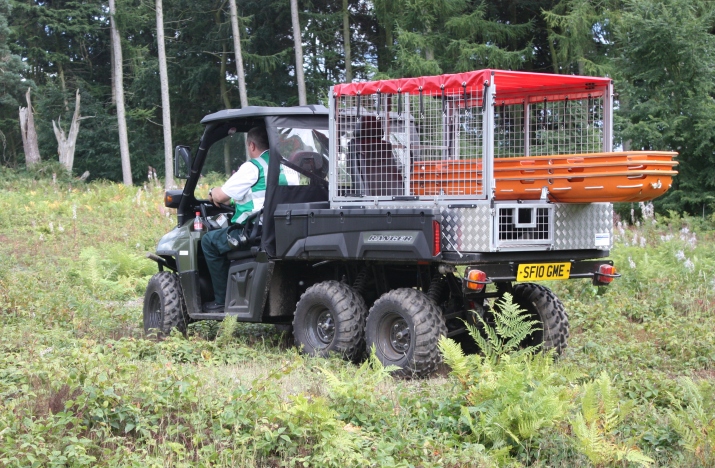 Ambulance staff had to use a specialised six wheel drive vehicle to get a woman back to an ambulance after she fell off a horse.

The incident happened about half a mile away from Waystone Lane in Belbroughton at around 3 o’clock on Monday afternoon.

An ambulance crew were initially sent to the scene, but after they became concerned their vehicle would get stuck, asked for the assistance from the Hazardous Area Response Team (HART).

A West Midlands Ambulance Service spokesman said: “The 45 year old woman had come off her horse down a very narrow, muddy and rutted bridleway.

“There was no way the ambulance crew could get anywhere near her in their vehicle despite their efforts.

“The woman wasn’t able to fully recall what had happened though the ambulance crew were told that she probably hadn’t been fully unconscious.

“While the crew waited for the HART team to bring their Polaris six-wheel-drive vehicle to the scene, they treated the woman for suspected concussion, bruising to her ribs and she was immobilised as a precaution.

“Despite the Polaris being a relatively small vehicle, the driver had to reverse it the half mile back to the ambulance as the track was too narrow to turn around.

“After reaching the ambulance, the patient was taken to Worcestershire Royal Hospital for further assessment and treatment.”
Ends