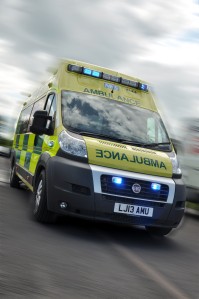 A motorcyclist has died following a collision with a car in Herefordshire.

West Midlands Ambulance Service was called to the A49 near Moreton Business Park, Moreton-on-Lugg, shortly before 3.45pm today.

An off-duty anaesthetist who was passing at the time stopped to help and immediately began giving CPR.

A West Midlands Ambulance Service spokesman said: “Crews administered Advanced Life Support to the male motorcyclist but, despite their best efforts, he was confirmed dead at the scene.”