Two men have been injured after falling approx. thirty feet in Birmingham.

A West Midlands Ambulance Service spokesman said: “A man in his forties had fractures to his skull, jaw, a wrist and a leg. His injuries were treated at the scene. Accompanied by the air ambulance crew, he was taken by land ambulance to Queen Elizabeth Hospital Birmingham which had been put on alert.

“A second man, who is in his thirties, had a suspected pelvic fracture. He was also taken to the same hospital.” 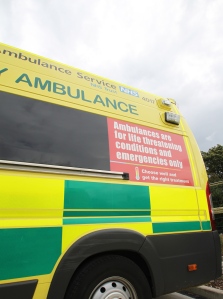