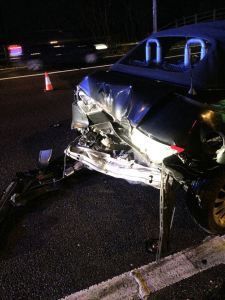 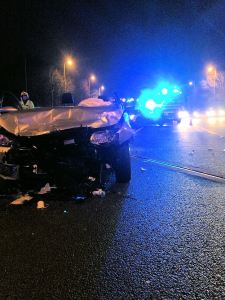 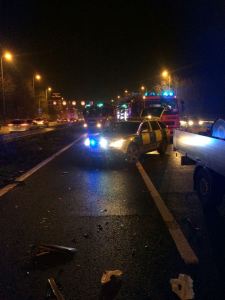 Four people have escaped serious injury following a three car collision on the M42 in Solihull this evening.

West Midlands Ambulance Service was called to the southbound carriageway of the M42 between junction 6 and 5 shortly before 6.00pm (Wednesday). A community paramedic and an ambulance were sent to the scene.

A West Midlands Ambulance Service spokeswoman said: “The three car collision caused substantial damage to all three cars and debris was strewn across the carriageway.

“Four occupants from the three cars were assessed by the community paramedic and ambulance crew. Fortunately, three patients escaped with minor injuries and did not require hospital treatment. The fourth patient, a man, suffered neck and shoulder pain in the collision. Ambulance staff worked with the fire service to extricate him from the car by removing the roof before he was immobilised onto a spinal board. The man was then taken to Heartlands Hospital for further assessment.”