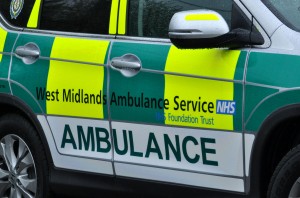 A man has died in a road traffic collision in Lichfield this morning.

West Midlands Ambulance Service was called to the A513 Croxall Road between Alrewas and Croxall shortly before 11.00am (Friday). A paramedic area support officer, a responder paramedic, an ambulance and the Derbyshire, Leicestershire and Rutland Air Ambulance with a doctor on board attended the scene.

A West Midlands Ambulance Service spokeswoman said: “When the emergency services arrived they found a car which had collided with a tree.

“The driver, a man, was trapped in the wreckage and was in a serious condition having sustained multiple injuries.

“Ambulance staff worked with the fire service to quickly extricate him from the car so that they could deliver vital emergency treatment. The man’s condition deteriorated and he went into cardiac arrest.

“Despite resuscitation efforts by ambulance staff and the doctor, nothing could be done to save the man and he was confirmed dead on scene a short time later.”