A man has died and another has been taken to hospital following a collision involving three lorries on the M6.

West Midlands Ambulance Service was called to the northbound carriageway between Catthorpe Interchange and junction 1 shortly after 11.35pm on Tuesday 17th March.

A West Midlands Ambulance Service spokesman said: “One of the lorry drivers was sadly confirmed dead at the scene.

“A second lorry driver had leg and back pain and bruising to his abdomen. He was given pain relief and was immobilised before being taken to University Hospital Coventry and Warwickshire for further assessment and treatment.

“The third lorry driver was uninjured.” 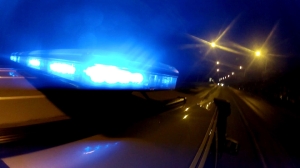