When a woman slipped from her narrowboat at a marina in Warwickshire inuring her arm, the owner of another narrowboat stepped in to help the ambulance service with the rescue.

West Midlands Ambulance Service was called to Wigrams Turn Marina at Napton-on-the-Hill at 10am today. 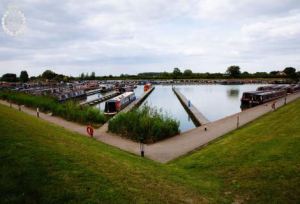 A paramedic area support officer in a rapid response vehicle and an ambulance crew attended.

A West Midlands Ambulance Service spokesman said: “The husband of the woman who is in her fifties managed to get her out of the water before crews arrived. On our arrival, she was back on her own boat, cold and in pain. It appears she dislocated and possibly fractured her arm as she fell. She was given pain relief at the scene.

“With no immediate road access to the marina, it would have been very uncomfortable for the woman to have been carried along the towpath to the ambulance that was parked some distance away.

“The kind owner of another narrowboat brought his vessel alongside that of the patient and offered to take her and the crews to the ambulance which then took her to Warwick Hospital for further assessment and treatment.” 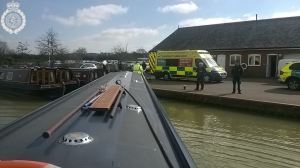