Five people were injured today when a marquee on the Three Counties Showground in Malvern blew over in strong winds.

A West Midlands Ambulance Service spokesman said: “The five were struck as they walked into another marquee.

“One man had chest injuries. He was immobilised and analgesia was administered before he was taken on blue lights to Worcester Royal Hospital which had been alerted in anticipation of his arrival.

“One woman had a suspected broken arm. Another woman had a minor head injury. The were both taken to Worcestershire Royal Hospital.

“A further two women, one with a minor head injury, the other with a suspected broken ankle, were taken to the Minor Injury Unit at Malvern Community Hospital.” 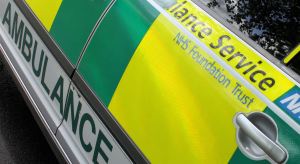