A lady who was out walking with her family and a dog has been airlifted from a boggy field after falling and breaking her arm.

The incident happened in a field off Spernal Lane near Studley in Warwickshire at about 2.45pm on Thursday afternoon.

Initially a community first responder and an ambulance crew attended the scene, but they requested an air ambulance due to the location.

A West Midlands Ambulance Service spokesman said: “The ambulance staff and CFR had to walk down a narrow lane and across a field to where the woman was and there was no vehicle access.

“The woman, who was in her 60s, had a suspected fractured arm and was in a lot of pain.

“Given the location, the crew requested an air ambulance and the Midlands Air Ambulance from Strensham was dispatched.

“The critical care paramedics on board gave advanced pain relief before the woman was airlifted the short distance to the Alexandra Hospital in Redditch.”
Ends 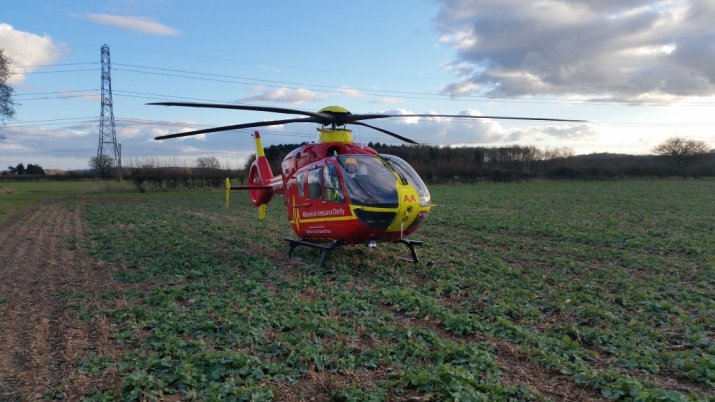