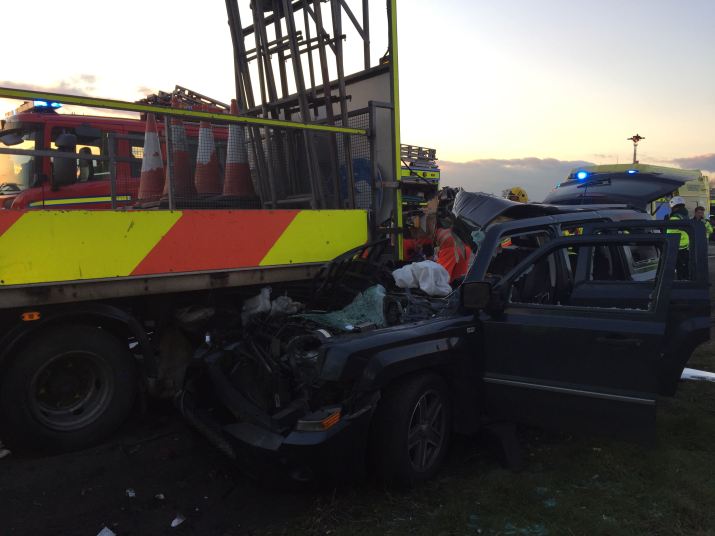 The driver of a car has been extremely fortunate not to have suffered more serious injuries following an incident on the M40 yesterday afternoon (Wednesday).

Ambulance crews were called to the M40 Southbound, between junctions 12 and 11 at around 4.30pm.  An ambulance, a paramedic officer and the Warwickshire and Northamptonshire Air Ambulance attended the scene.

A West Midlands Ambulance Service spokesman said: “Crews arrived to find a car that had been in a significant collision with the rear of a highways maintenance vehicle that had been stationary on the hard shoulder.

“It is believed the man driving the vehicle had suffered a medical episode whilst driving.

“The man, in his 40’s, received emergency treatment at the scene from medics for the medical episode and also for head and facial injuries.  Following treatment the man was removed from the car with the assistance of the fire service.

“The man’s condition was stabilised and he was then airlifted to University Hospital Coventry and Warwickshire for further emergency treatment.

“Considering the damage to the vehicle and the nature of the incident the man was extremely fortunate not to have suffered more serious or even fatal injuries in the crash.

“The highways maintenance vehicle was unoccupied at the time of the crash. Its crew were working near to the vehicle off the main carriageway.”