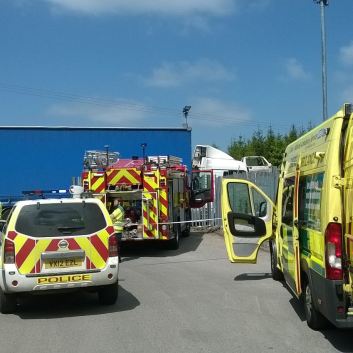 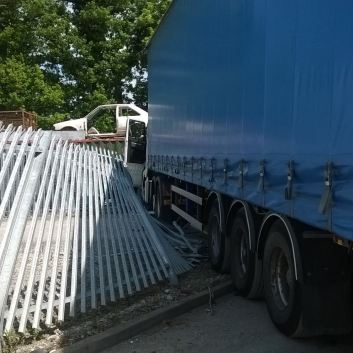 A lorry driver has been taken to a major trauma centre after suffering serious leg injuries after his lorry collided with metal fencing and a shipment container in Stoke-on-Trent.

A West Midlands Ambulance Service spokeswoman said: “Ambulance staff arrived to find the lorry driver, a man in his 30s, out of the cab and on the floor.

“Upon assessment by ambulance staff and the doctors, it was clear the man had sustained serious leg injuries which required trauma dressings and pain relief to help manage his discomfort.

“The man was immobilised before being taken by land ambulance on blue lights to Royal Stoke University Hospital, a major trauma centre, for further treatment.”