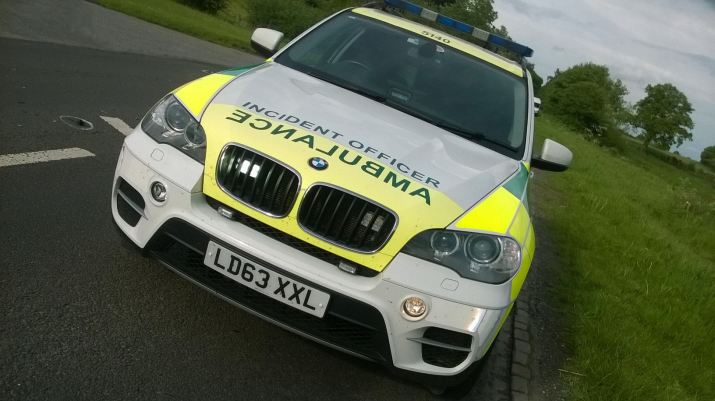 Two women and a teenage girl needed treatment by WMAS before being taken to a major trauma centre after a two car collision in Stafford.

A West Midlands Ambulance Service spokeswoman said: “A mother and teenage daughter were in one car. Both were assessed by ambulance staff who found the woman had suffered abdominal and chest pain whilst her daughter had pelvic pain. Both were immobilised with neck collars and spinal boards before being taken to Royal Stoke University Hospital.

“Ambulance staff suspected the driver of the second car, a woman in her 40s, had sustained internal injuries. Whilst they treated and stabilised her condition, the fire service worked to cut the drivers’ door away so that she could be carefully extricated onto a board to immobilise her. The woman was given pain relief before being taken on blue lights to the same major trauma centre in Stoke-on-Trent for further treatment.”
ENDS