A man has suffered a very serious arm injury after a collision between a car and a lorry on a busy Midlands motorway.

The crash happened on the southbound M6 between junction 2 at Coventry and junction 1 at Rugby.

Two ambulances and a paramedic officer were sent to the scene after a 999 call at 7.30am this morning (Wednesday).

A West Midlands Ambulance Service spokesman said: “The 46 year old was sitting in the front passenger seat when the collision occurred.

“The crash caused damage to the front nearside of the car.  The man’s left arm suffered multiple injuries.  It was assessed and treated at the scene before he was taken on blue lights to the major trauma centre at University Hospital Coventry and Warwickshire.

“The car driver and a rear seat passenger, both men in their 20s, were treated for shock but were discharged at the scene.  The lorry driver was uninjured.” 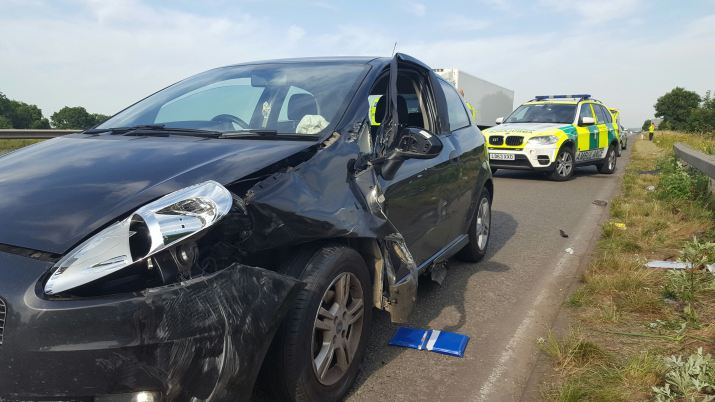 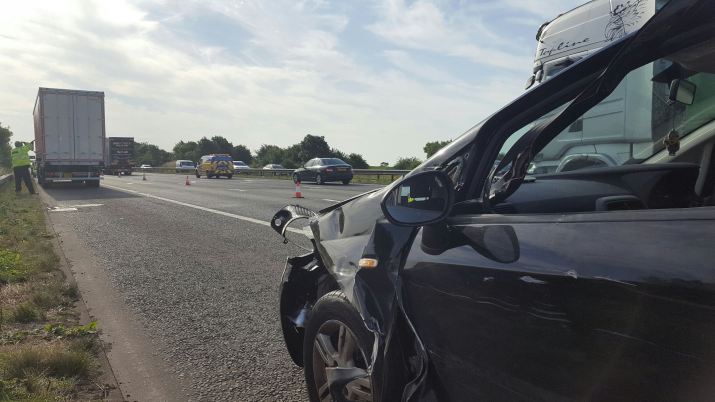