Six people have been hurt, two seriously after a head on collision between two cars.

It happened on Old Milverton Lane in Blackdown to the north of Leamington Spa at about 4.40pm on Sunday afternoon.

Four ambulances, a paramedic area support officer, the Midlands Air Ambulance from Staffordshire and the Critical Care Car from The Air Ambulance Service were all sent to the scene.

“The first car had four people in it.  A 27 year old woman had severe back and neck pain along with damage to her hip and pelvis.  She was given pain relief, was immobilised and had a pelvic binder put in place before she was airlifted to the major trauma centre at University Hospital Coventry & Warwickshire.

“A 36 year old man was taken to the same hospital by land ambulance with neck, back and chest injuries.  He was also immobilised before being taken on blue lights.

“A 68 year old man and 67 year old woman were taken to Warwick Hospital by ambulance with minor chest pain from the seatbelt.

“There were two people in the other car.  A 42 year old man had chest pain and a hand laceration, while a 29 year old woman had a fractured hand and leg laceration.  They were also taken to Warwick Hospital by ambulance.” 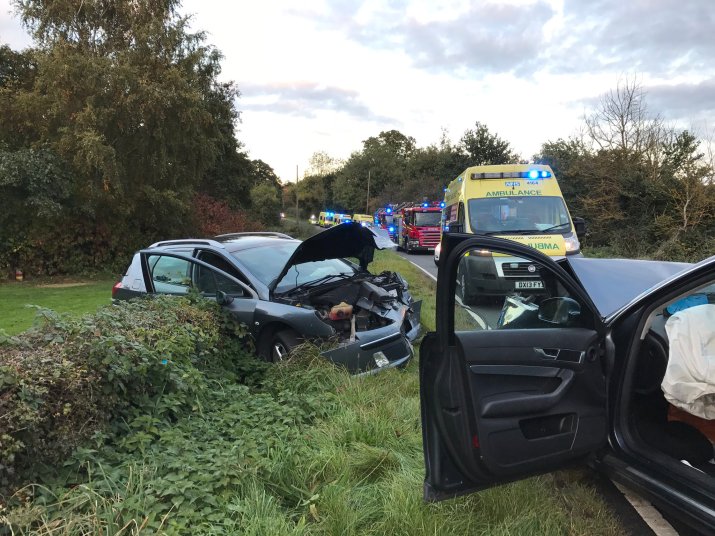