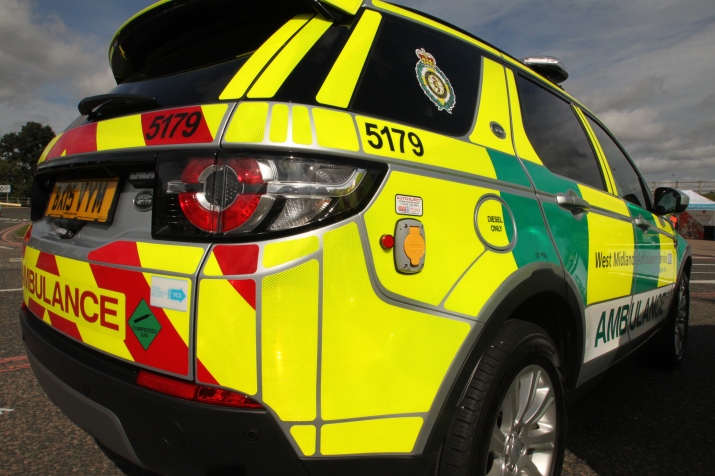 Two men involved in a collision yesterday evening were treated by ambulance staff before being taken to a major trauma centre.

A West Midlands Ambulance Service spokeswoman said: “Upon arrival ambulance staff found a motorcyclist off his bike and a pedestrian who, crews were told, suffered a brief loss of consciousness following the collision.

“The biker, a man in his 40s, was wearing full leathers and a helmet which helped to reduce the level of injury caused. He was treated on scene for minor injuries before being taken to Queen Elizabeth Hospital Birmingham.

“The pedestrian, a man also in his 40s, sustained a head injury, pain to his abdomen and thigh as well as a serious leg injury. He was given pain relief and fully immobilised by ambulance staff before being taken to the same hospital for further trauma care.”