At a time when demand on the NHS is unprecedented, a decision five years ago to increase the number of paramedics on frontline ambulances is paying huge dividends for patients and other healthcare providers alike.

New figures released by West Midlands Ambulance Service show that as the number of paramedics on vehicles has increased the percentage of patients being taken to A&E Departments has fallen.

What is more impressive is that these changes have been achieved despite huge increases in demand over the period.  During the five year period, the total number of incidents attended has risen from 767,050 to 933,400 – a 21.7% rise.

WMAS Chief Executive, Anthony Marsh, said: “We remain on course to become the first Trust in the country to have a paramedic on every vehicle, every shift.  We already achieve this in the more rural counties we serve and are getting steadily closer to that goal in all areas.

“What is absolutely clear is that doing so will allow us to further reduce our conveyance rate to less than 50% which can only be good for patients, but also other health providers.

“I am immensely proud of my staff for all they are doing to use their skills to provide the very highest standards of care.  They are treating many more patients themselves, but where they need support, they are making excellent use of the range of alternative pathways that are available to them.

“For example, we get tremendous support from a GP scheme in Worcestershire where crews can request a visit from a GP after they have assessed the patient.  This keeps hundreds of patients a month away from busy A&E Departments.

“In many other parts of the region we work with local authorities who provide hugely successful ‘falls teams’ who can provide, mainly elderly patients, with the support they need to be able to stay at home.

“As a service we are continuing to maximise the number of paramedics we employ through attracting an increasing number of graduate paramedics from the universities we work with: Staffordshire, Wolverhampton, Coventry and Worcester.

“We have also recruited hundreds of staff through our innovative student paramedic programme.  Over the three years 2015-16 to 2017-18 we will have taken on over 900 staff in this 30 month programme.  This ensures that a steady flow of qualified paramedics come into the service at the end of their studies.

“By doing so, we are able to increase the skill mix which improves patient care and makes us more efficient, which in turn reduces the number of patients going to A&E.” 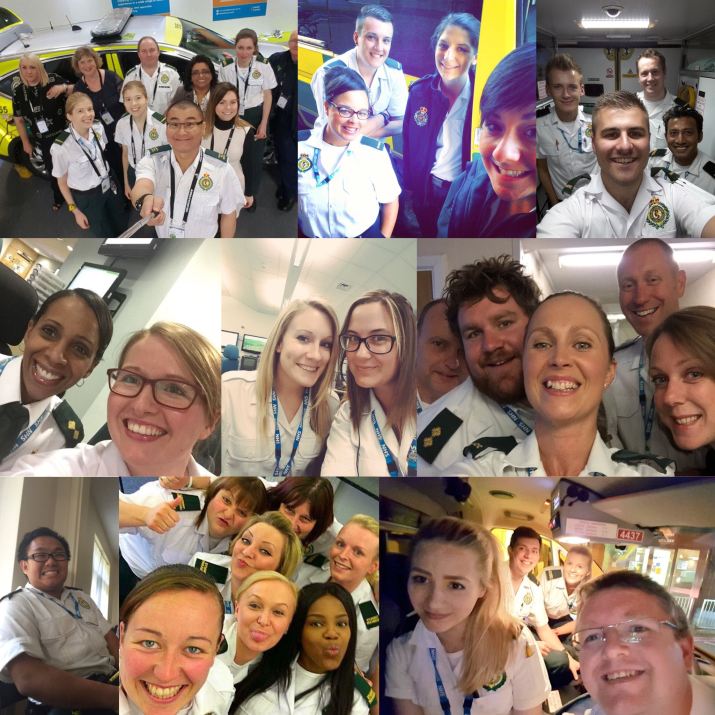