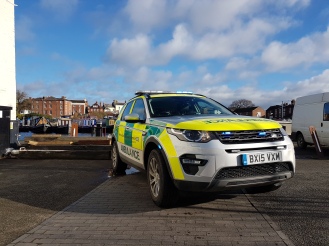 A motorcyclist has died following a collision with a barrier in the early hours of this morning.

West Midlands Ambulance Service was called to the junction of Dartmouth Middleway and Aston Circus at 4.15am and sent an ambulance, a paramedic area support officer, a MERIT trauma doctor and the Trust’s Hazardous Area Response Team to the scene.

“However, sadly it soon became apparent that nothing could be done to save the man and he was confirmed dead at the scene.”