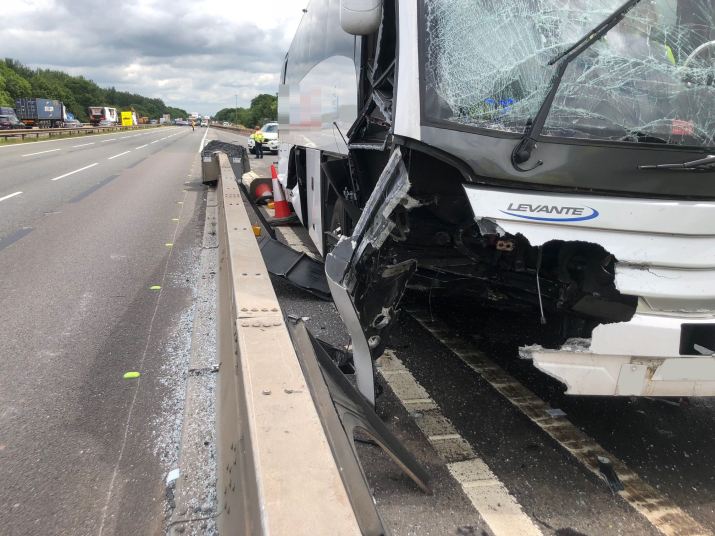 Two people have been taken to hospital, but over 30 escaped injury after a coach crashed at the entrance to a motorway service station

“The incident happened at entrance to the northbound Corley Services on the M6 motorway at just after 1.00pm today (Tuesday).

An ambulance, a paramedic officer and the Warwickshire and Northamptonshire Air Ambulance were sent to the scene.

A West Midlands Ambulance Service spokesman said: “On arrival, crews found a single decker coach that had collided with a crash barrier at the entrance to the slip road.  The coach had suffered significant damage.

“The driver of the coach had suffered a head injury.  He was taken to University Hospital Coventry & Warwickshire for further assessment and treatment along with a middle-aged man who had been in the front row of seats who was complaining of a chest injury.

“A total of 37 other passengers were assessed at the scene but were uninjured.  They were provided with advice and taken into the service station for safety while a replacement coach was brought to the scene.

“Ambulance staff said the incident could have been significantly worse had the coach not stayed on its wheels.” 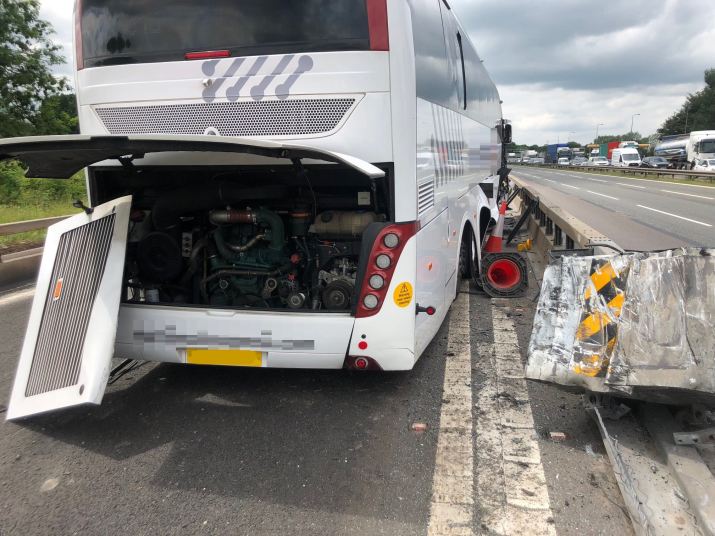 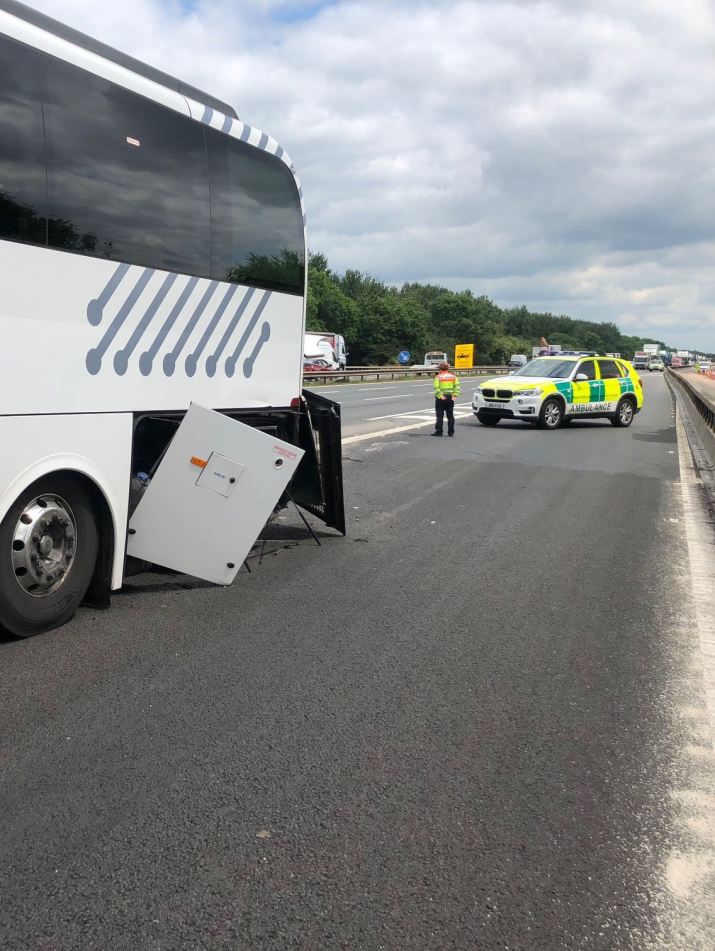