A motorcyclist has been airlifted to hospital after a collision with a car.

The incident happened at just after 6.00pm last night (Wednesday), close to the junction of the A4169 and B4379 at Kemberton, south east of Telford.

A rapid response vehicle, a paramedic officer, an ambulance and two air ambulances were sent to the scene.

A West Midlands Ambulance Service spokesman said: “On arrival, ambulance staff found a car and a motorbike that had both suffered significant damage.

“The rider of the motorbike had suffered potentially serious injuries.  He was being tended to by an off-duty nurse.

“The rider was assessed and treated on scene before being airlifted by the Midlands Air Ambulance from Staffordshire to the major trauma centre at Royal Stoke University Hospital.

“The car driver was uninjured.” 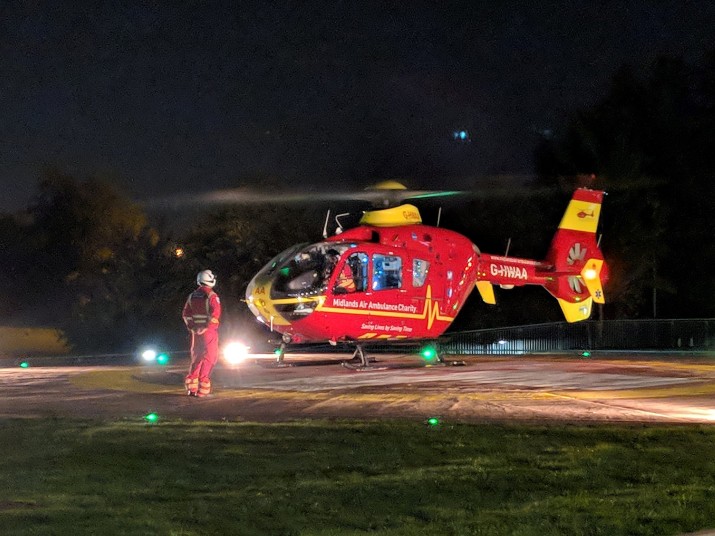