Hot on the heels on the success of series two in the West Midlands, Ambulance returned in 2018 with another eight-part series, filmed during one of the toughest winters ever faced by the NHS. Viewers once again saw how our staff deal with an increasingly busy service, an ageing population and the challenges of responding to 999 calls in urban and rural settings. Every episode featured remarkable staff and heart-warming, emotional and difficult to watch (at times!) stories. If you’ve missed the episodes, you might just be able to find them on BBC iPlayer!

We live tweeted throughout each episode using #Ambulance which saw the programme trend on Twitter several times. The level of engagement on social media was immense!

Whilst Ambulance did not triumph in the ‘factual entertainment’ category of the National Television Awards (NTAs) in January 2018 and January 2019 after being nominated, we were  thrilled when it picked up a BAFTA in the ‘factual series’ category in May 2018! Paramedic Katie Cartwright and Controller Richard Phillips, who featured in series 1, joined Dragonfly TV at the award ceremony to collect the prestigious award on Sunday 13th May in London. You can read more about it via https://wmas.nhs.uk/2018/05/14/we-cant-quite-believe-it-but-we-just-won-a-bafta/. 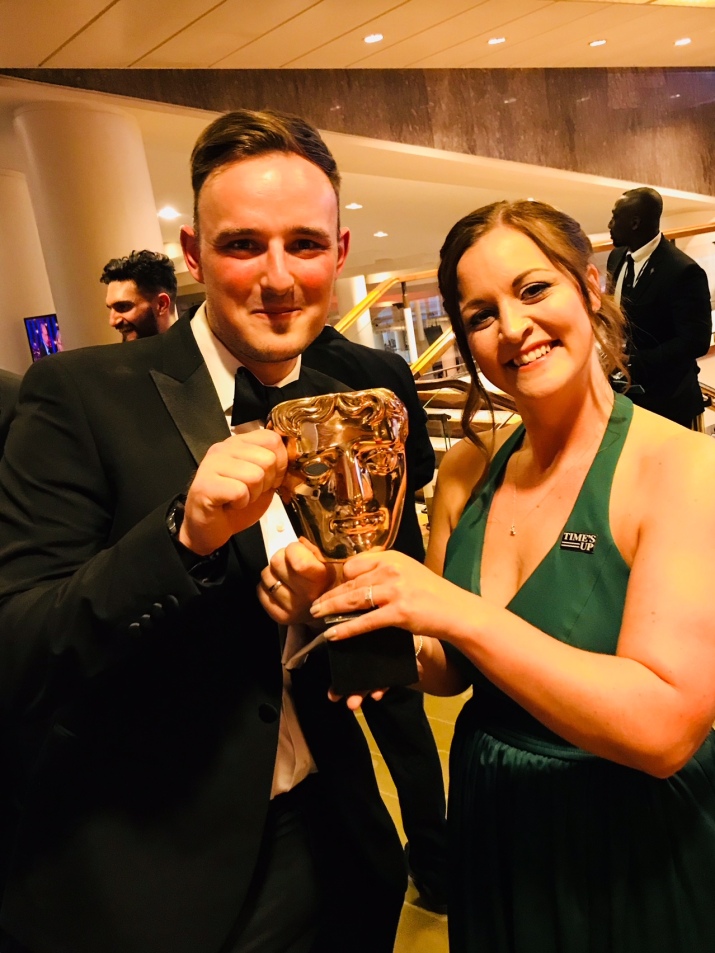